Stefan’s first industry job was directing the live newscast at City TV in Toronto where he also wrote, produced and directed a number of award winning dramatic specials.

From there he moved to CBC where he began directing such classics as “The Beachcombers,” “Street Legal,” “Littlest Hobo” and several multi award winning MOWs.

Along with his award winning melodramas, Stefan also developed a reputation as an exceptional “family” and “kids” director

In the years that followed, Stefan established himself as one of the top episodic directors in Canada, US and Europe offering his unique style to CBS, FOX, Spelling, Showtime, BBC, Nickleodeon and Disney, to mention a few and working with such actors as Jennifer Lopez, Ryan Reynolds, William Shatner, Ryan Gosling, John Schnider, Joanna Cassidy and many more.

Along with his award winning melodramas, Stefan also developed a reputation as an exceptional “family” and “kids” director with highly acclaimed movies such as  “Anne Of Green Gables” & “Spirit Bear” and with his extensive multi-camera experience,  sitcoms such as  “Life With Boys,” “Max & Shred” and “Spun Out.”

Stefan’s abilities also extend into the world of VFX driven shows such as Annedroids for Amazon and Odd Squad for PBS. In fact,  he had two 2016 Daytime Emmy Award nominations and won for Directing Odd Squad.

Stefan Scaini has become one of the industries most versatile directors with a body of work that includes, feature, episodic, multi-camera sitcom, factual/reality and current affairs. Currently, he is writing and developing a series of family movies intended for the world market. 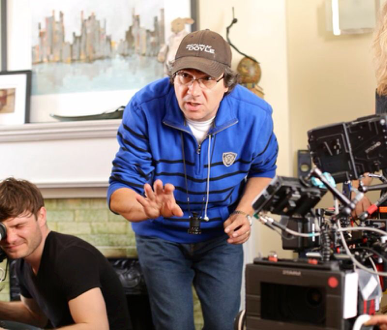 Republic of Doyle - Rolling on the Rocks

Behind The Scene's of CBC's Hit TV Show Heartland